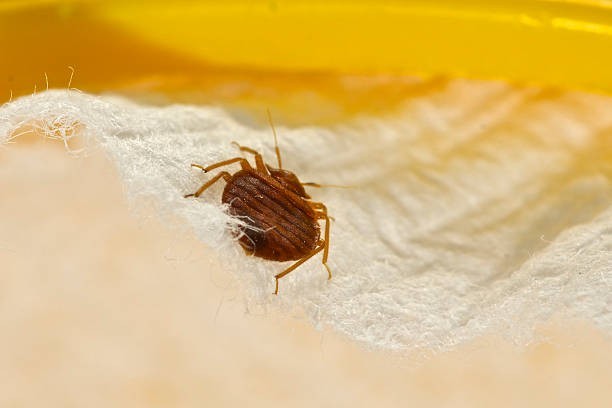 Why do the words “bed bugs” evoke in us many unpleasant feelings and the idea of being in the proximity of these pests can often send us running. I went on service calls sometimes where the homeowners wouldn’t even stay in their homes until the bed bug infestation was gone. That is probably an easy decision to make when your in the situation but, sometimes we don’t have the money to pay for other accommodations and let’s be honest, who would let you sleep in their house if they knew you had bed bugs. Honestly, before I knew anything about bed bugs, that would have definitely been my thinking.

As bed bug infestations have become more commonplace in the past few years, it is important to know why bed bugs are drawn to us and what implications these blood-sucking pests have on human health. Here ten important bed bug facts to know: 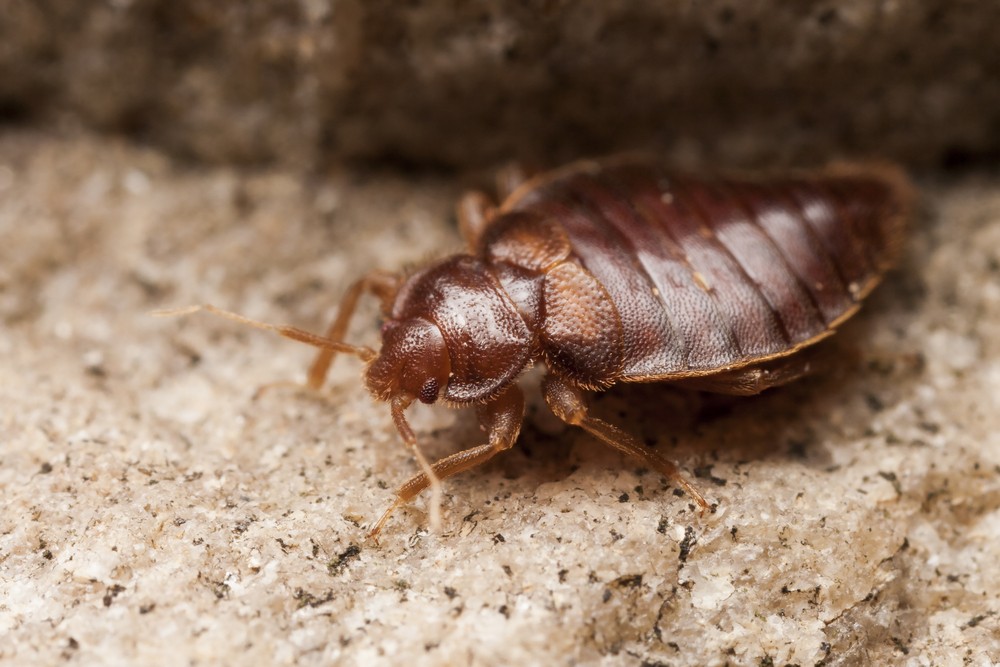 # 1:    Did you know that bed bugs are attracted by warmth and carbon dioxide. So, if you are alive, warm, and breathing – you are a bed bug magnet. Although bed bugs are not nocturnal, they are most active at night because that is when their human targets are sleeping and emitting a steady stream of carbon dioxide allowing for prime feeding time.

#2:    Just because you don’t see them, it does not mean they are not there. In fact, you have to look closely because they can be hard to see. Bed bugs love to hide in the cracks and crevices associated with mattresses, cushions, bed frames, and other structures. They are rarely seen out in the open or on the resting surface of beds or chairs— with the exception of large-scale infestations. They are experts of hide-and-seek. It is not uncommon to miss bed bugs altogether, so also look for signs of an infestation such as specks of blood or feces found on linens, mattresses, or on walls.

Bed Bugs Are Nearly Everywhere. Bed bugs continue to most commonly be found in residences including apartments/ condominiums and single-family homes, with 98 percent and 96 percent of pest control companies treating these dwellings respectively. Never bring second-hand furniture into the home without thoroughly examining it for signs of bed bugs, including small red to reddish-brown fecal spots and molted bed bug skins.

#3:    Can you identify a Bed Bug. Bed bugs have flat oval bodies, are reddish-brown in color, and are sometimes described as having the size and appearance of an apple seed. Adult bed bugs range in size from 5-7 mm (<1/4 inch), while nymphs (juveniles) may be a small is 1.5 mm (1/16 of an inch). As they feed they enlarge, or engorge, with blood. The adults turn from more brown to more red in color, while the translucent nymphs may become bright red.

# 4:    Another fact is that bed bugs typically feed at night by biting exposed areas of skin such as the face, neck, hands, legs, and arms. The bite itself is painless and usually goes undetected at the time because bed bugs inject an anticoagulant (a blood thinner)  along with an anesthetic to create a numbing effect as they feed. Because feeding usually takes 5-10 minutes, this anesthetic-like compound allows the bed bugs to easily feed uninterrupted.

Bed bugs can ingest seven times their weight in blood, which is equivalent to an average male drinking 120 gallons of liquid.

#5:    Bed bug bites can look a lot like other insect bites, which makes it hard to identify them. Clues that can suggest the presence of bed bugs include finding red, itchy bites upon awakening – especially if the bites line up in a row on the skin (known as breakfast, lunch and dinner). However, while some people develop a bite reaction immediately, others may not see a reaction for 2-3 days — and some may not see a reaction at all.

A bed bug bite can appear as a tiny puncture wound without a surrounding reaction, and can easily be missed (30 percent of individuals living in bed bug-infested dwellings report a lack of bites or skin reactions). This appears to be more common amongst the elderly, as noted in the study the Sensitivity Spectrum: Human Reactions to Bed Bug Bites. On the other hand, other people have exuberant reactions, with large red, raised, and itchy welts. This is especially true if one becomes sensitized to bed bug bites, so that with repeated bites there may be a more exaggerated skin reaction.

#6:    In big out of control infestations, situations with persistent exposures to the pest, bed bug bites may appear in groups. Given bedbug bites usually take 3 to 6 weeks to heal, as long as the infestation is still present, new bites may accumulate even as the older ones disappear. Thus, people may have various bite reactions in various stages of evolution at the same time.

#7:    One question I would get asked is do bed bug bites typically require treatment. Itching is by far the most common complaint by those who experience bed bug bites. If the itching becomes severe, people will find relief with topical steroid creams or oral antihistamines. Clean the bite site(s) with soap and water and avoid scratching so as to prevent infection. If a secondary infection occurs, consult your physician so it can be managed with antibiotics as appropriate. Progressive swelling, warmth, tenderness, and (albeit rare) fever may be signs of secondary infection.

#8:    Contrary to mosquitoes and ticks, bed bugs are not known to transmit disease to humans. While some pathogens have been detected in and on bedbugs – including hepatitis B, and exotic organisms such as Trypanosoma cruzi (cause of Chagas Disease, most commonly found in Central and South America) or Wolbachia species – bed bugs have not been associated with disease transmission.

#9:    Bed bugs do not transmit MRSA. There have been reports of persons developing methicillin-resistant Staphylococcus aureus (MRSA) infections (such as a boil or abscess) associated with bed bug bites, but it turns out the infections were secondary. MRSA infections associated with bed bug bites are actually an example of scratching leading to minor skin trauma and subsequent secondary bacterial infection. In these cases, people who are carriers of MRSA scratch at the bites and provide a port of entry for the MRSA (which was already present on their skin) to get in and under the skin and cause the secondary infection. The bed bug can be blamed for the itch, but not for the infection.

#10:    Did you know some people experience anxiety, sleeplessness, and unease as a result of having bed bugs. Bed bug infestations are understandably significant psychosocial stressors, and some people may experience sleeplessness as they worry about bugs biting them or their family members. People have been known to self-isolate, avoiding family and friends out of concern for spreading the infestation.

Additionally, some people may also be stigmatized by friends or others in the community, or find they have problems at work if their bed bug problem becomes widely known. As a result, victims of bed bug infestations may experience moderate to severe levels of stress, anxiety, and depression and should seek treatment as necessary.

Bed bugs don’t discriminate based on geographic location, but as with most pests, there are some areas of the country that experience more infestations than others. People living in large cities are accustomed to hearing reports of bed bugs, but recently, residents of smaller communities have seen an exponential increase in the number of bed bug cases.

Fortunately, as the public’s awareness of the bed bug resurgence grows, many Americans are modifying their behaviors to minimize their risk of an infestation. According to the survey, 27 percent of respondents have inspected or washed clothing upon returning from a trip; 25 percent have checked a hotel room for bed bugs; 17 percent have inspected or vacuumed a suitcase upon returning from a trip and 12 percent have altered or canceled travel plans because of concern about bed bugs. These are promising statistics, as vigilance is key in preventing a bed bug infestation. 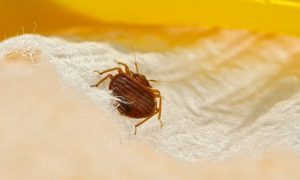 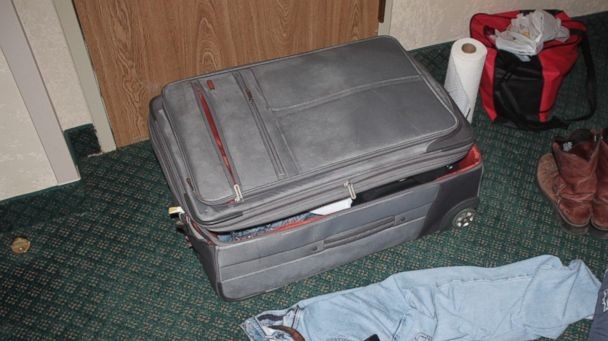 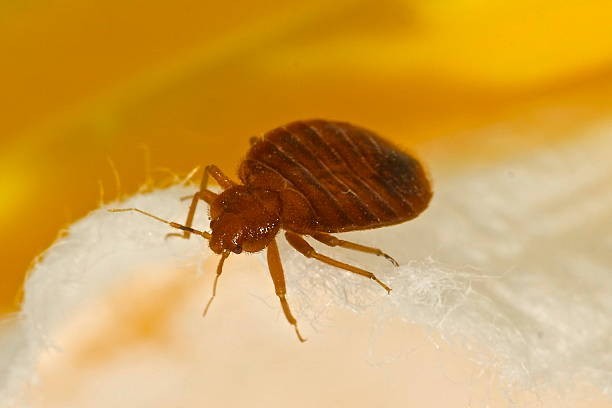 Things To Know About Bed Bugs