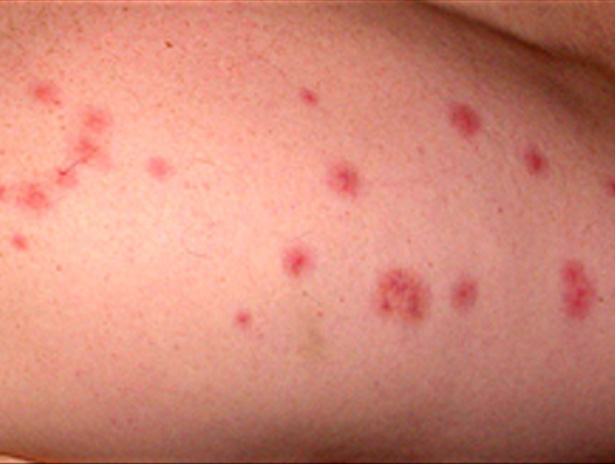 As bed bug infestations have continued to crop up in firehouses, schools, movie theaters and homes across the country, a team of researchers is now warning that these proliferating pests could prove to be more than just an itchy, pricey nuisance. But, is it true what we have heard about bed bugs transmitting diseases when the bite? Can Bed Bugs really get you sick? In the article, we can get a good understanding of it is true or not.

According to a new study, bed bugs are capable of transmitting a parasite that causes Chagas disease, an infection that in some cases can lead to cardiac or intestinal complications. The infection is found most commonly in Mexico, Central American, and South America, but has been increasing its foothold in the U.S.

“There are a lot of people with Chagas disease, and a lot of bed bugs. They are in our houses, in our beds — and in high numbers,” said Michael Levy, a researcher at the University of Pennsylvania’s Perelman School of Medicine and senior author on the new paper. He also co-authored a report in January that found bed bug populations in Philadelphia are growing by 70 percent a year.

“But no one seems worried,” he added. “We always hear that the bugs don’t seem to be carrying anything.”

On their website, after lamenting that bed bugs “are resurging, causing property loss, expense, and inconvenience,” the U.S. Centers for Disease Control and Prevention goes on to offer some “good news” – “Bed bugs do not transmit disease.” The CDC declined to comment on the new study, which details a series of experiments that suggest bed bugs and mice are capable of transmitting Chagas disease to one another.

Levy emphasized that the research does not prove bed bugs are actually transmitting Chagas to humans. Other researchers underscored the same point. Richard Pollack, a public health entomologist and instructor at Harvard University, said the work is “compelling,” but remains hesitant to call bed bugs a vector of the disease.

“The bigger issue is the incredibly exaggerated response to bed bugs both in terms of financial outlay, misuse of pesticides and emotional baggage,” said Pollack. “So many people have become so fearful of bed bugs and, sadly, they’re going to suffer when they hear the results of this paper.” He recommended that anyone concerned about an infestation should contact a local pest control professional. 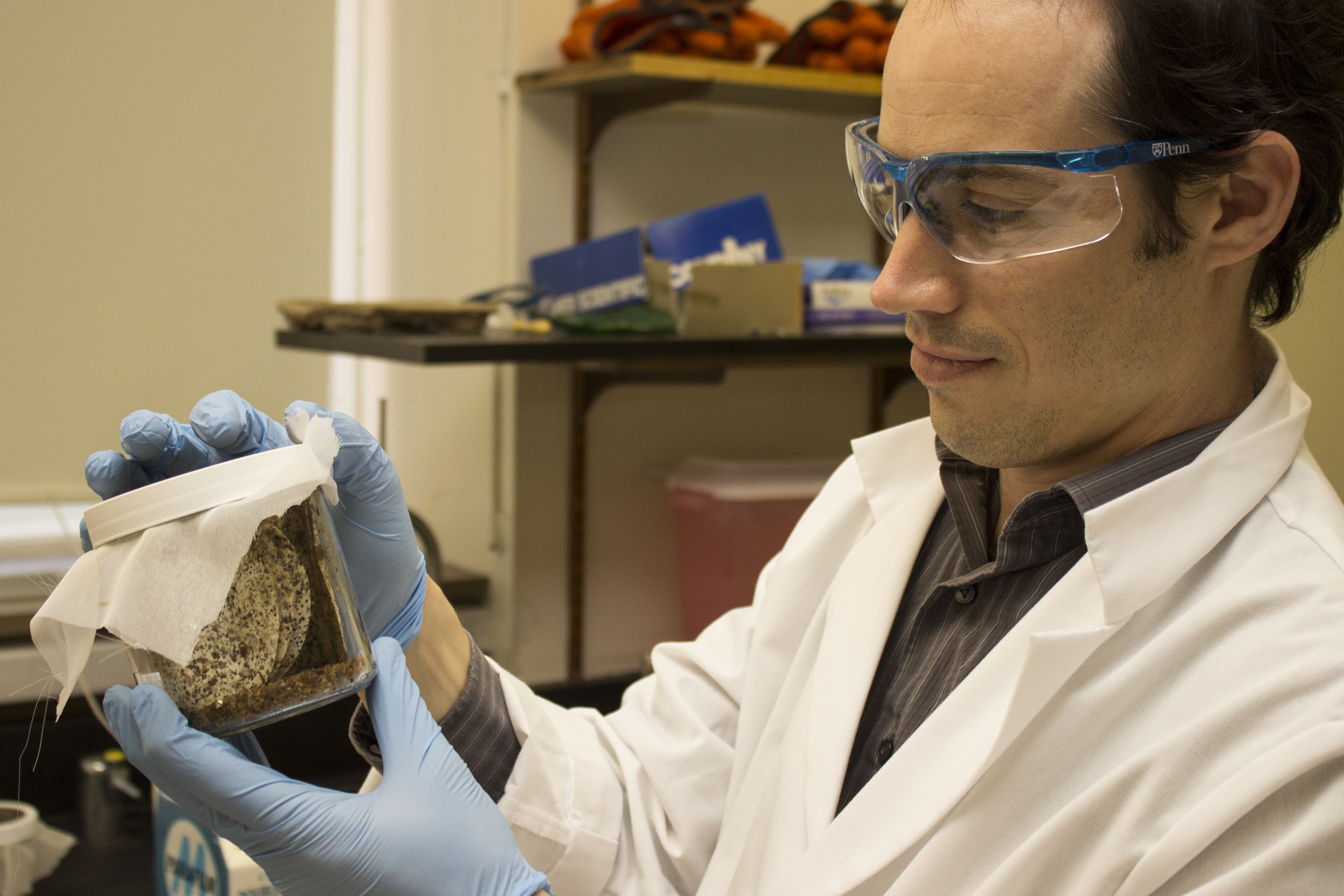 Michael Levy has studied Chagas disease for the past 10 years and now believes bed bugs could play a role. (Penn Medicine/Robert Press)

Melissa Nolan Garcia, a Chagas expert at Baylor College of Medicine in Houston, believes the triatomine insect — more commonly known as the “kissing bug” — remains the most worrisome carrier of Chagas. The blood-suckers get their name from their tendency to bite people around the mouth, usually at night. As a result, the bug’s feces can make its way into the victim, often escorting the parasite that causes Chagas.

Nolan Garcia added that there is “strong evidence” that the total number of Chagas infections in the U.S. exceeds the CDC’s current estimate of 300,000. That figure is based on immigrants from Latin America, where the disease is endemic. Nolan suggested many more cases have likely been acquired in the U.S., beginning with the first known locally-acquired Chagas infection in 1955.

In early November, after presenting her findings on the threat of Chagas in the U.S., Nolan Garcia recalled someone raising to her the possibility of bed bugs, too, spreading the disease. The next morning, she awoke to bed bug bites in her New Orleans hotel room.

Nolan Garcia said she is not discounting the possibility suggested by the new study. “It wouldn’t surprise me that another insect could carry it as well,” she said.

The bed bug shares much in common with its cousin, the kissing bug, and had already been a suspected player in Chagas disease. By tediously squeezing poo out of bed bugs with tweezers, Levy’s team found that the parasite replicated well in the gut of bed bugs. Further, they showed that the insect frequently defecates near where it eats and that mice can contract Chagas if contaminated bed bug feces come into contact with their bitten, broken skin.

Levy suggested that, compared to the kissing bug, the bed bug may have more frequent contact with humans and could prove harder to kill due to resistance to common insecticides. “If they do transmit Chagas, they may be more dangerous than kissing bugs,” he said.

Levy said that has been the timeline for many Chagas epidemics in Latin America, where an estimated 8 million people are currently infected with Chagas and approximately 50,000 die each year, usually from the toll the disease takes on the heart.

The bottom line, Nolan Garcia said, is that more needs to be learned about both the disease and its carriers. Because Chagas often doesn’t present obvious symptoms — sometimes for decades after infection — and given that screening typically occurs when people donate blood, she noted, it’s difficult to get an accurate count of or adequate medical care for victims. Treatment does exist but is generally effective only when taken early in the course of the disease. 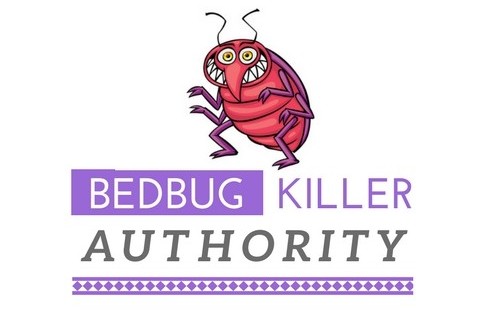 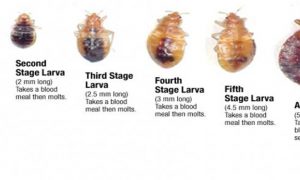 How Long Can Bed Bugs Live Without A Blood Meal? 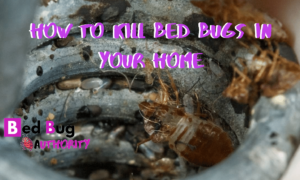 How To Kill Bed Bugs In Your Home 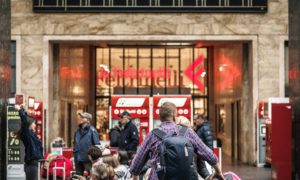 How Do I Kill Bed Bugs In My Luggage?

WHY ARE LOSING THE BATTLE AGAINST BED BUGS?